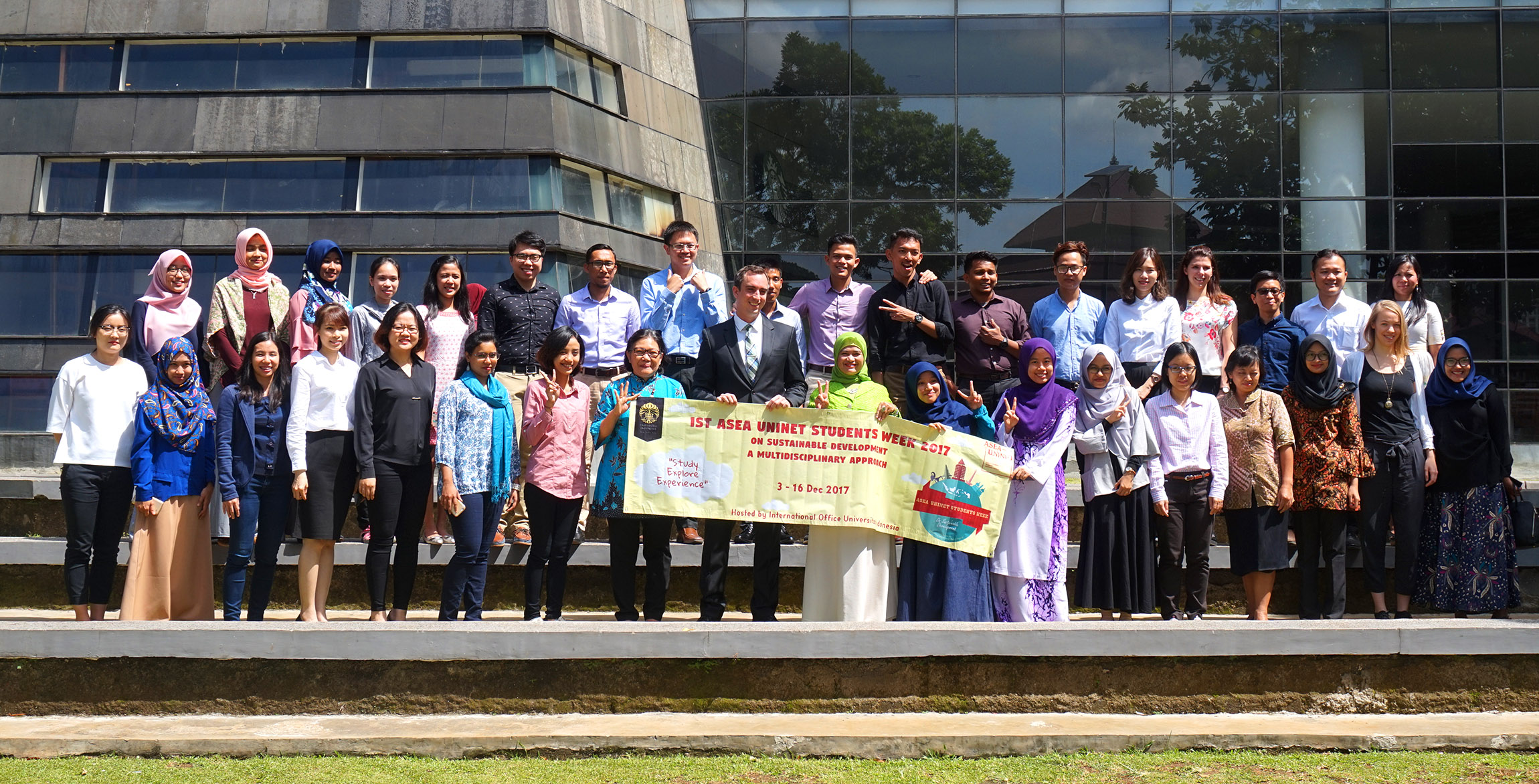 From December 3rd to December 16th 2017 the first ASEA-UNINET Students Week on Sustainable Development took place at Universitas Indonesia (Campus Depok). 35 students from universities in Indonesia, Vietnam, Thailand, Malaysia, the Philippines, Myanmar, Pakistan and Austria participated in the two-weeks program, which was aimed at fostering awareness on the importance of sustainable development through interdisciplinary studies, field observation activities and discussions on the broad issues of sustainability. In addition, the program enabled participants to gain deep cultural insights thanks to various program sessions and visits to historical place in Indonesian including the cities of Bandung and Jakarta. Enriched by a taste of Indonesian and South-East Asian culinary experiences, traditional dance performances and authentic daily-life experiences the participants got to know local customs throughout the program while developing a special team spirit and friendships for life.

Rich in diversity, multiple in disciplines and united in one objective: Sustainable Development

The first week drew emphasis on building basic knowledge and understanding with regards to interdisciplinary relevant issue of sustainability. The lectures were held by professors of Universitas Indonesia with profound experience and expertise relating to current issues in Indonesia. In the lecture of Dr. Dr. Sabarinah, MSc on “Prevention and Mitigation of Contagious Disease” the health system of Indonesia was introduced, including the institutions of “Puskesmas” (Community Health Centre) and the most severe diseases and health problems of Indonesia. When talking about “Biodiversity Preservation“, Prof. Jatna Supriatna, M.Sc., Ph.D emphasized the great biodiversity of the country as well as current issues and related problems of palm oil production, fish production and biopharmacy. The lecture on “Economic Welfare and Demography” was held by Prof. Dr. Prijono Tjiptoherijanto, presenting current challenges in Indonesia such as the demographic dividend peak in 2020, increase in life expectancy, urbanisation, democratic development and the sources of economic growth and sustainable development.

Prof. Dr. Budi Anna Keliat, doctor of public health and a human rights activist, provided the participants with an understanding of the severe problems Indonesia is facing when talking about mental health disorders and the “Protection of Community Rights“. “Poverty Eradication” was the main topic of the lecture held by Prof. Dr. Bambang Shergi Laksmono, M.Sc, indcluding an integrated perspective of development and its correlation with poverty in Indonesia. Dr.-Ing. Ir. Dwita Sutjiningsih, Dipl.HE contributed a lecture on “Waste and Water Management” with a special focus on Universitas Indonesia’s Cascade-Pond System and country-sepcific challenges. The final lecture centered arround the topic of “Human Culture” in Indonesia and was given by Prof. I Ketut Surajaya. M.A. All lectures where followed by discussions providing insights into differently and similar conditions in the represented countries. 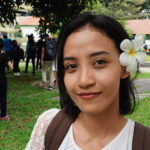 “The student week was awesome. To attend an international event with many new people is always exciting, but what makes it more valuable is that we came from different disciplines. The perspective of a certain phenomena became rich then. The different disciplines plus different cultural background asured a perfect combination to figure out a case richly. I hope this kind of program will be held regularly with more countries to be involved, more disciplines as well, to gain richer analysis of phenomenas.” Indra Kusuma Wardani, ISI Yogyakarta, Indonesia

The second week comprised several field trips to gain practical experience. The program included an excursion to the PUSKESMAS Pasar Rebo. The students received a guided tour throughout the Centre and were introduced to the history, system and values of PUSKESMAS in Indonesia, including some national hymns and local culinary examples. Another visit was organised to Bogor Botanical Gardens which are being operated by the Indonesian Institute of Sciences including an area of 87 hectares and almost 14,000 different kinds of trees and plants. The Bogor Botanical Gardens are special known for its long-lasting research and conservation practices, drawing special interest for the student group. A third and last field trip was organised to the “Yayasan Bambu Indonesia” of the Indonesian Bamboo Foundation, where students were presented the making-of bamboo furniture and typical housing of West Java within the authentic surrounding of the “Bamboo village”.

Fairly distributed over the two weeks the students were experiencing a lot of joy and excitement when getting to know the rich culture of Indonesia while participating in cultural workshops and language classes. The students applied the traditional Batik-technique of wax-resist dyeing cloth-materials, learned the traditional Javanese dance “Sirih Kuning” and participated in an Arumba Workshop, being one kind of Indonesian folk music consisting mainly of bamboo instruments. The cultural experience was rounded off by a visit to Taman Mini Indonesia Indah, the Indonesian Miniature Park in East Jakarta. This 150-hectare area captures Indonesia’s rich culture and nature with park areas such as representations of all provinces’ traditional housings, clothing and arts and nature parks showing the rich flora and fauna of the country.

Moreover the student group was invited to take part in a two-day trip to the capital city of West Java and third largest Indonesian city, Bandung. After learning how to play Arumba themselves the previous week, the students were  invited to Saung Angklung Mang Udjo (SAU) in Bandung, where a variety of cultural performances were held by professionals, kids and various groups, enriched by a very personal and authentic atmosphere. One emotional highlight of the show was the performance of the audience itselve, when Angklungs were distributed to everyone and some songs including the “Pirates of the Carribbean Themesong” were performed altogether, directed by the conductor of the venue and his successoring son. After staying a night in Bandung City, the students explored the popular stratovolcano Tangkuban Perahu, which is located 30 kilometres in the north of Bandung, where visitors can buy eggs cooked on the hot surface, Angklungs and further local products.